A history of Virgin Islands’ cuisine

The islands known as the Virgin Islands have always been known the melting pot of the Caribbean, housing many different cultures. As time progressed, the islands’ culture changed with the influx of other groups. The early inhabitants of the islands were Natives from South America. They raised ground provisions such as tanya, dasheen, and cassava and used these ingredients in their dishes.

When the Europeans came to the islands, they adopted some of the practices used by the indigenous people. Though the indigenous cuisine faded, it can still be recognized in new dishes. Most of the foods that the islands are known for were brought by the early Europeans. Breadfruit, mangoes and sugar cane were a few of the foods introduced. African slaves brought the knowledge of planting and using different crops for seasoning. They also brought with them new cooking styles. Early Americans introduced things such as peppers, corn, potatoes, and other spices.

After the end of slavery, new dishes that became the staple for the islands started to emerge. Callaloo soup has always been local favorite. Various spins on chicken can be found in the Virgin Islands, from barbeque to baked to curry. Oxtail and beef are for those who want to stray away from chicken. Ask a local what “goat water” is and the response may be something not expected. Meats can be paired with a combination of many side dishes that have become very common such as rice, beans, potato stuffing, macaroni pie, yams, dasheen, tanya, fried or boiled plantains, sweet potato, cole slaw and potato salad. Those looking to taste all that the island has to offer can attend an annual food fair hosted on each island during carnival.

There is also an annual food fair on St. Croix in February. These events showcase the best cuisine that the islands produce and thousands can be found in attendance. These include johnny cakes, fried fish, lobster, beef and salt or cod fish “pates,” callaloo, tamarind stew, guava and pineapple tarts, and mauby, sorrel, and passion fruit juices.

Our food tours hand picked the best St. Thomas has to offer. Stops at different restaurants will take you through time as you savor perfectly seasoned meat, fried treats and delicious local drinks. 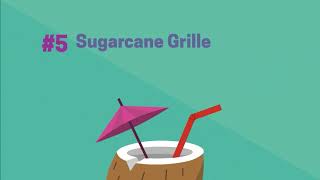 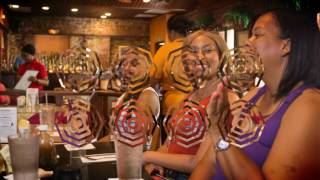